The two hardest-hammering horseshoers in American art have spent most of their lives in the Berkshire hills of western Massachusetts, where they have been working at their anvils non-stop for almost 80 years. But this summer they were wrapped up and carted gently to the middle of Manhattan, to be on display before being sold to the highest bidder at a Sotheby’s fine art auction. 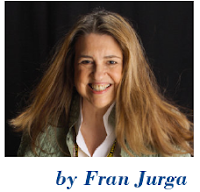 Frank and Jim dutifully pounded away at their anvils as thousands of urban art lovers filed by. Some tried to estimate how many millions "The Blacksmith Shop" would bring in the auction. Others wondered who the two characters were and what the excitement around them was all about. A few looked very closely, and analyzed the toe calks or studied the animated faces in the crowd. Still others wondered why on earth anyone would ever sell a treasure like this.

Then, just days before Frank and Jim were to go under a different type of hammer than the ones they use -- one that definitely wasn’t rounding, ball-pein or driving -- the cavalry rode in and saved the day.

The cavalry that came to Frank and Jim’s rescue was the Massachusetts State Attorney General’s office, which entered a gripping legal battle between artist Norman Rockwell’s family and the Berkshire Museum in Pittsfield, Massachusetts. The entrance of the Attorney General stopped Sotheby’s from selling the painting--for now, at least.

The most succinct news video on the Rockwell painting legal battle comes from an unlikely source: Al Jazeera. However, experts say there is a good chance that a likely buyer for the painting would be someone from the Middle East.


As the court battles around the painting have waged for the past few months, furor over the Museum’s decision to sell off its treasures has not only pitted neighbor against neighbor in the Berkshire hills, but also attracted national and international attention. Many museum and art professionals believe the decision will have far-reaching effects on other museums, universities, and even town buildings that house donated works of art.

Will art auction house sales reps be knocking on the door of your town library or local museum next, to see if that donated treasure might be a liquid asset to finance a new wing on the school or those road repairs your town council has been putting off? The sale (or non-sale) of Rockwell's Blacksmith Shop could make a big difference as international art collectors realize that they could acquire a larger inventory of art and artifacts.

Artist Norman Rockwell donated his "Blacksmith Shop" painting of Frank and Jim to the Berkshire Museum in 1966, for the people of the region to enjoy. There was no Norman Rockwell Museum back then, and the big canvas and others were welcome at the large regional museum.

But earlier this year, the museum announced plans to cash in on its priceless paintings to pursue an alternative mission through high-tech science and technology exhibits. Couldn’t they have just let young visitors stare at Frank and Jim and pound on anvils of their own? Wouldn’t a jumbo monitor script explain how horses are shod for ice and snow be of interest?

Obviously not. The museum could have kept the painting and built an exhibit gallery around it, teaching about the coefficient of friction and traction and slip and grip and tread surface area and all the other scientific principles so clearly illustrated by the task at hand in Rockwell’s painting, if you know what’s really going on.

Perhaps no one ever looked at what Frank and Jim are doing in the painting. They aren’t just hitting the anvil for fun. They’re getting a lot of work done, for a specific purpose that was pretty high tech for the times.


Everyone had a bet riding that day, whether it was on Frank Farrell, the quietly modest but popular hometown horseshoer on the left, or on trash-talking Jim McCann, the swaggering redheaded stranger, a “floater” farrier with an iron arm. Frank had placed a $100 bet himself, to his wife’s dismay.

What was he betting? That he could winterize a pile of flat shoe blanks faster than a man who made his living winning horseshoeing contests. Week after week, McCann left small-town challengers like Frank in an embarrassed heap when he pulled out of town, counting his winnings and laughing as he went.

The townspeople were betting on one man or the other: Who could “heel and toe” -- turn the heels and fire-weld a toe calk in just a few efficient blows -- the most winter horseshoes in a ten-hour marathon competition?

The answer, of course, is at the end of the short story, which you will have to find and read yourself.

For author Edward W. O’Brien, the scene formed the plot of a famous short story that captured what passed for mid-winter small town entertainment in the years before radio and television or even movies.

For iconic American illustrator Norman Rockwell, it was a scene to capture for all time that would show the excitement of the townspeople as finished shoe after finished shoe dropped to the floor. The blacksmith profession’s future may have been in danger, and there may even have been a few cars parked outside, but Rockwell preserved the moment when the town blacksmith was someone you’d put money on, against all comers, and walk down to the forge on a winter day to see him defend the town’s pride.

Back when O’Brien set the story, in 1907, commerce depended on winter shoes for horses. “Snowshoeing” meant something different back then. Farriers did their heel-and-toeing tasks on a slow afternoon, building up an inventory ready for when the ice and snow came. Each “blank”, or flat unfinished shoe, had long heels that were tapped upright over the edge of the anvil. For each toe, a cleat-like calk of steel would be cut in advance and lay ready to be pounded into permanent union with the shoe in a shower of sparks.

Click the "play" icon to view a slide show of almost every square inch of Norman Rockwell's Blacksmith Shop painting. Images in this slide show were kindly loaned by Jim Lambert, who went to view the painting at Sotheby's pre-sale exhibition in New York City.


The story is set at an ideal point in history, five years before the widespread availability of mass-produced removable calks, a product that would sink the farrier supply industry into a prolonged federal anti-trust court battle for refusing to sell the calks directly to horsemen. As Frank and Jim so beautifully illustrate, the skills needed to weld toe calks and swiftly turn heels translated to job security for the village blacksmith in the soon-to-be-waning golden days of horsepower.

Fast forward almost 100 years, and look around the bucolic Berkshires, where Rockwell painted vignettes of American life, the way the optimists among us believe it was.

For the most part, Rockwell's vision of America goes on. But without the soda fountains, country doctors, barber shops, Boy Scouts and fishing poles that filled his paintings.

The blacksmith shops? They’re gone, too, pretty much. The work horses? Gone, at least most of them. But the horseshoers? Not gone. In fact, there may be more than ever. And the winter shoes? They aren’t gone, either. The horses we have now may be smaller and lighter than the freight horses that Frank and Jim had lined up outside the blacksmith shop in the story, but they still need winter shoes or some other method to insure safety in the snow.

Right now, in small shops and garages across New England, farriers are preparing their winter shoes. Perhaps the materials are more modern now, with plastic rim pads to improve traction and friction-filled beads dripping off a hard-surfacing rod to the heels of the shoe. Maybe some horses will have hoof boots with screw-in calks or big plastic bubble sole pads to pop out the snow.

But the tradition of “snowshoeing” goes on, and if Norman Rockwell was with us today, he’d probably set up his easel and paint our modern-day farriers in their aprons, still sweating on a cold winter’s day and still as annoyed as Frank and Jim ever were that horse owners wait until the last minute to ask for winter shoes.

Next week, a Superior Court judge in Boston will ponder the arguments made by the Berkshire Museum against those put forward by the Rockwell family’s attorney and the State Attorney General’s office. He or she will decide whether or not to extend the ban on the sale. Ultimately, the Berkshire Museum will be told whether or not it can legally ignore the Rockwell family's objections to the liquidation of Norman's gift to the local people.

If you wonder whether you will ever see our old friends Frank and Jim working in the forge again, you're not alone. The whole world's watching to see what's next for their favorite blacksmith shop.


Thanks to Henry Heymering, Jim Lambert, Attorney Michael Keating of Foley/Hoag, the Berkshire Eagle, Saturday Evening Post/The Curtis Publishing Company, the Berkshire Museum, the Norman Rockwell Museum, Sotheby's and everyone who has ever admired the painting or hopes to in the future.

The story, Blacksmith's Boy--Heel and Toe is hard to find. Ask your favorite reference librarian to help you find a copy of the November 2, 1940 edition of Saturday Evening Post.  It also appeared in the "Post Stories" anthology for 1940, and was published in Great Britain in 1942 in an Argosy anthology. A good librarian may be able to help you locate more sources. It is worth finding! 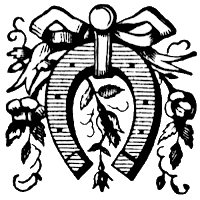 © Fran Jurga and Hoofcare Publishing; Fran Jurga's Hoof Blog is the news service for Hoofcare and Lameness Publishing. Please, no re-use of text or images on other sites or social media without permission--please link instead. (Please ask if you need help.) The Hoof Blog may be read online at the blog page, checked via RSS feed, or received via a headlines-link email (requires signup in box at top right of blog page). Use the little envelope symbol below to email this article to others. The "translator" tool in the right sidebar will convert this article (roughly) to the language of your choice. To share this article on Facebook and other social media, click on the small symbols below the labels. Be sure to "like" the Hoofcare and Lameness Facebook page and click on "get notifications" under the page's "like" button to keep up with the hoof news on Facebook.

Follow Hoofcare + Lameness on Twitter: @HoofBlog
Read this blog's headlines on the Hoofcare + Lameness Facebook Page
Disclosure of Material Connection: The Hoof Blog (Hoofcare Publishing) has not received any direct compensation for writing this post. Hoofcare Publishing has no material connection to the brands, products, or services mentioned, other than products and services of Hoofcare Publishing. I am disclosing this in accordance with the Federal Trade Commission’s 16 CFR, Part 255: Guides Concerning the Use of Endorsements and Testimonials in Advertising.
Fran Jurga
Share
‹
›
Home
View web version